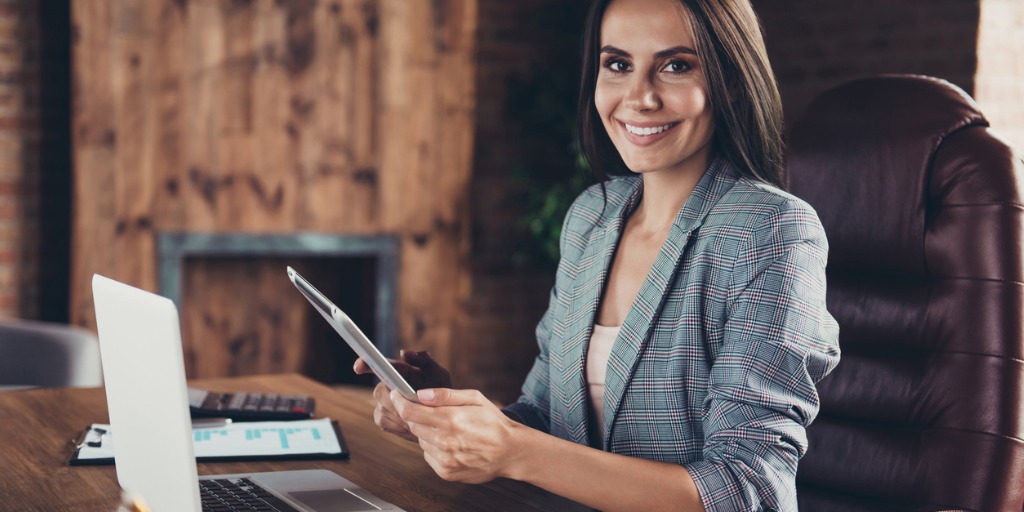 “How am I going to live today in order to create the tomorrow I'm committed to?” ― Anthony Robbins

Have you ever caught yourself making a bunch of excuses?

It’s always the same cycle: you come up with a life-changing idea…

…imagine what it would be like when you make it happen…

…then put up a wall of reasons why it can’t be done.

Tell me if the following sounds familiar:

“If I only had more time, I could learn how to speak Italian.”

“I'd get off the couch and go to the gym, but I'm just not feeling it today.”

“I’ll get around to writing that book after my schedule clears up. I’ve just been so busy lately!”

Mel Robbins, a motivational speaker, author and CNN commentator, knows this habit all too well.

After her husband’s restaurant business failed, her career floundered, and their savings dried up, she was stuck in a bad place.

And as she tried to take action and do something about her situation, that voice inside her wanted to stop her every step of the way.

But she realized that she couldn't make those changes because a part of her brain refused to.

Mel has done some research on this phenomenon, and science shows that the human mind protects a person from anything unfamiliar or uncomfortable.

That includes any attempt to break out of your situation. To your brain, any kind of change is threatening.

So if you’ve ever felt stuck in your life, or find yourself firing off a bunch of excuses to “protect” yourself from trying something new – you have your mind to thank for that.

And it manifests in ways that you don’t realize. We’re so ingrained in our mental habits sometimes that we don’t notice how we’re silently undermining ourselves.

So a little self-awareness is in order, don’t you think?

I want to bring to light some of the biggest reasons why you’re not pushing things to the next level.

I hope that once you can see these self-sabotaging habits for what they are, you'll step up and do something about it.

Here are the 5 Reasons Why You’re Getting in the Way of Your Own Success:

#1: You’re Running Away From Your Goals

It's a common problem for people not to have a clear course of action in their lives. They might have some big, nebulous goal in their head, but they're not breaking it down enough to make it doable.

They have this tendency to talk themselves out of trying because “it can’t be done.” They see their dreams as this mountain of a task they can’t even begin to take on.

To them, it’s just so massive and intimidating that it’s not even worth putting any energy into it. They content themselves with just thinking about the what-ifs instead of spending time on the how-tos.

But if they made the first step to break down those goals into smaller, manageable chunks…

…they’ll find that working on their dreams isn’t as hard as they thought.

At the heart of it, your goals are nothing more than a bunch of smaller tasks that you need to do every day, every week, and every month.

And most of them are pretty boring when you think about it. But put together, they add up to something huge.

So write down your goals, and keep it somewhere you can go through every day. Start with the major ones first, then break them down into smaller sub-goals underneath each of those.

Remember, unless you face the reality of making your dreams happen…

…you’ll be no closer to your goals than when you first thought of them.

Aside from a lot of folks not having a clear set of goals, they don’t even have a sense of purpose to begin with. They’re drifting aimlessly in life, not really sure which direction they should take.

In the back of their minds, they’re thinking, “Me? Accomplish that big, scary thing and make a ton of money?”

But like I said, that’s just the fear talking. If you want to lose that feeling, you need to replace it with a positive one instead - like excitement for instance.

And to do that, why not get EXCITED about your dream scenario?

Visualization is helpful, but you need to paint a crystal-clear picture to get the FULL effect.

The first step is to think about what you want to happen, like putting up an Internet café or a yoga studio.

Ask yourself, "Why is this goal important to me, anyway? How do my values tie into all of this?"

Get to the core of it: Maybe you want to create more jobs in your community or teach people how to clear their minds and relax.

And what would it be like when you’ve accomplished your goals? Who would be the people around you, and what would they say?

How would it feel making those dreams happen?

Get as specific as you can and add as many details as you want. Once you've painted this vivid image in your head, you're already bridging the gap between thought and reality.

By setting your mental goalposts, it can give you the drive to take ACTION and start manifesting those desires into the real world.

Most people make the mistake of believing in something AFTER the fact. But the most successful people in the world do it the other way around.

As you’ve learned from the last point, you need to get excited about a vision before you can start working on it.

And the reason for doing this is to plant the BELIEF that it can happen in the first place.

Without it, you can’t create the space for that desired reality to exist.

So as counterintuitive as it sounds, you’ll have to believe in something before it can manifest itself in the real world.

But it’s not just a matter of telling yourself, “Ok, I believe I can earn enough from my side hustle to quit my full-time job.” The Universe won’t hear weak statements like that.

Instead, try using affirmations to empower yourself. These are declarations you can say out loud (or in your mind) to reinforce the reality you want.

When you repeat it enough times, you’ll cement those things you want to be in your subconscious.

Then you can start working on those goals you wrote down with a newfound sense of rock-solid confidence.

However, it’s crucial that you phrase these affirmations correctly. Pick a bunch of goals you want to accomplish, and act as if it’s happening in the PRESENT.

That way, you can start moving in that direction and make it happen.

For example, it’s not really useful to say, "One day, I'll become rich and be able to provide for my family."

Instead, you can rephrase that into a more powerful statement such as this:

"I am wealthy, and my life is filled with abundance every day. I use my wealth to provide for my family."

By acting like it's happening now, you're giving yourself something to aim for. As I said, belief comes before reality.

To get started, try spending 5-10 minutes on this every day (e.g., first thing in the morning or before bedtime work best). Soon enough, you’ll feel a change in how you go about your day.

As much as we’d like to live in a perfect world, the best plans can take a wrong turn.

Sometimes, the outcome you had in mind doesn’t align with reality. In cases like those, you need to know how to respond.

People often blame others or hit the panic button as a knee-jerk reaction. The better approach is to take control of at least some part of the situation, so it doesn't completely go down the drain.

I’ve found that you'll end up avoiding a disaster altogether with this one step.

It helps to have a contingency in place on the off-chance that something goes off the rails. You can plan ahead for potential problems, so you know what to do when the moment calls for it.

More importantly, you need to find the opportunity to grow even in the most challenging situations.

Ask yourself, “What part of this problem can I use to my advantage? How can I build on this situation, so I don't fall flat on my face?”

The more you embrace adversity, the better you can turn it on itself and come out on top.

As the Marines say, “Improvise, adapt and overcome.”

Jocko Willink, a former Navy SEAL and author, talks a great deal about this core value.

To cultivate discipline, it starts by making the decision to stay FOCUSED on your end goals. That’s going to take some sacrifices, such as staying up late, giving up unhealthy habits and resisting the desire to procrastinate.

The moment you get distracted from your goals, you’ll erode your foundation of self-discipline.

Studies show that people who can map out a clear a daily routine are more likely to stick to it. And in effect, that makes them more productive than others.

Like what you did with your goals, write down a schedule you can work with, and do your best to follow it.

FACT: Humans are wired to crave structure and routine.

It's an anchor for our minds, so we don't drift off into a limbo of wasted potential and mediocrity.

And when you get down to it, the reasons you're not making it happen all boil down to one thing.

It’s the voice inside you that says, “Why are you trying to change? Don’t you know how terrifying the great unknown is? Just stay here where it’s safe…”

I’ve dealt with that voice ALL my life, but I’ve found a way to shut it down so it doesn’t get a vote.

Just click one of the tracks below to open the door to the world of benefits that self-hypnosis can offer you. (Limited to one track per person.) 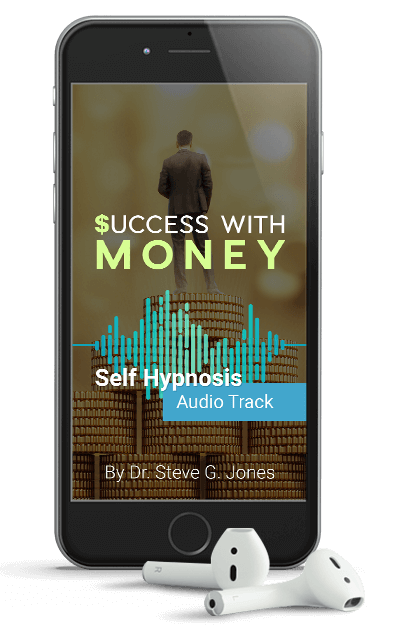 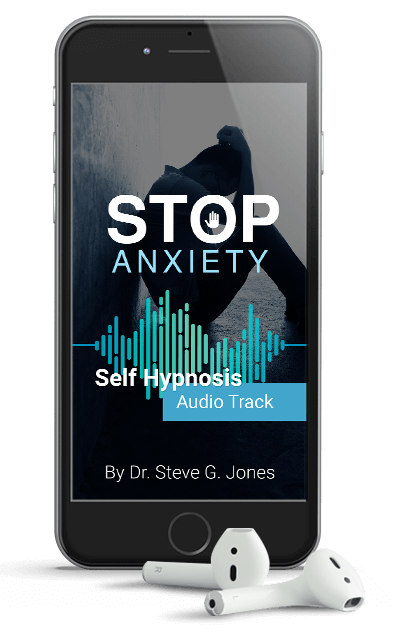 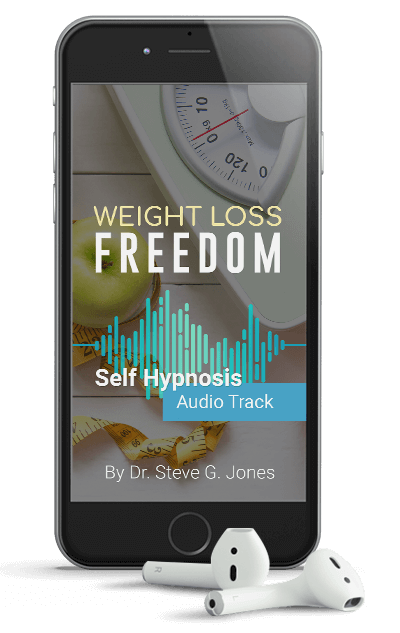 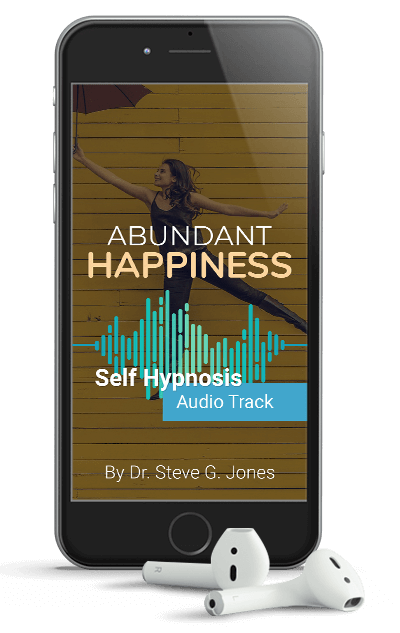 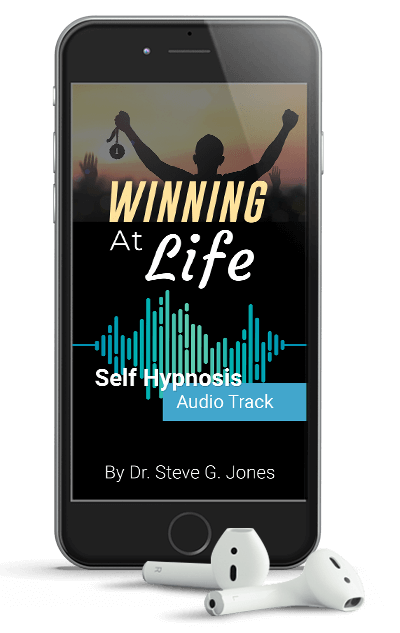